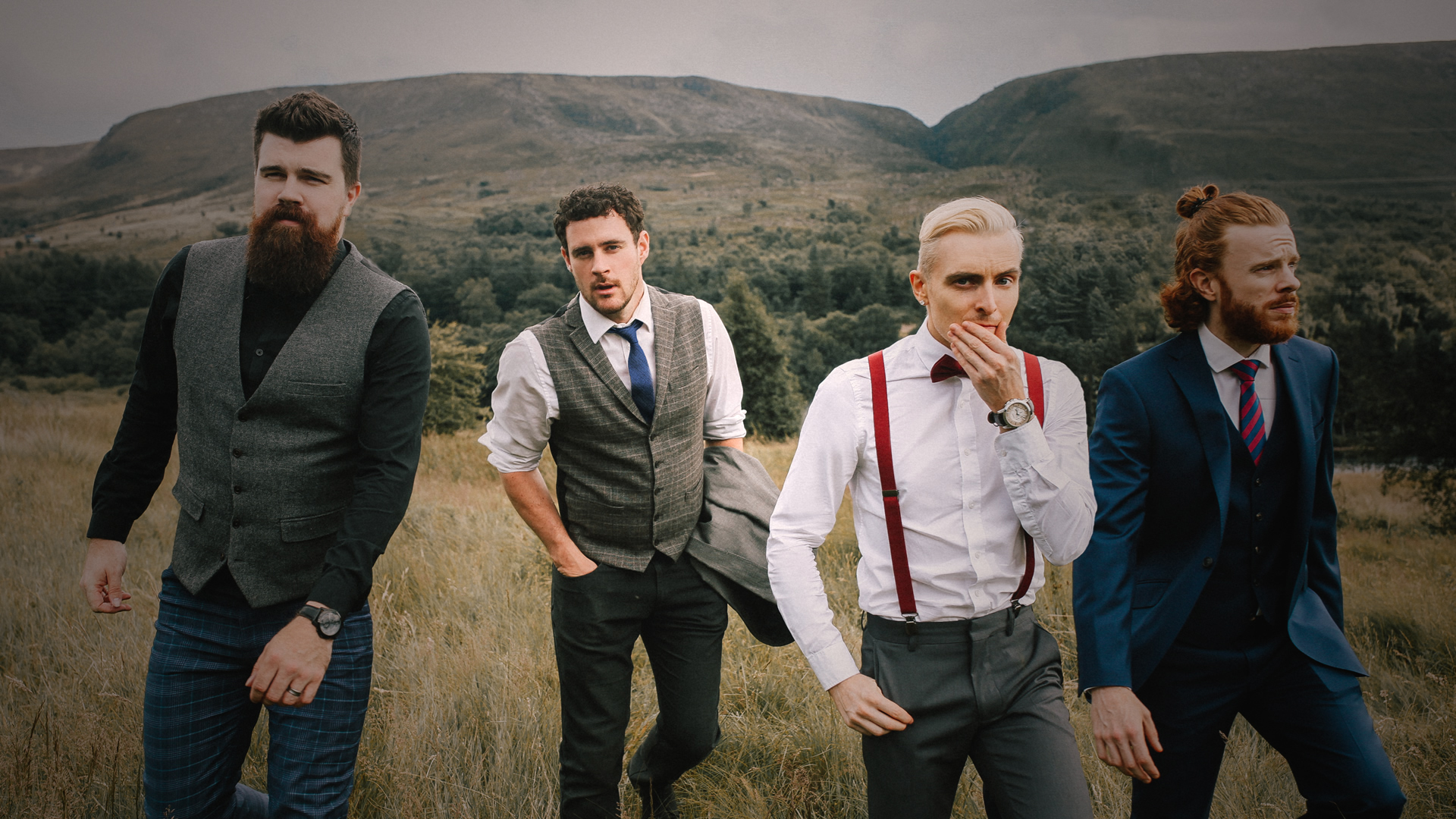 feature four of the West End's leading men, paying tribute to the music of Frank Sinatra, Dean Martin and Sammy Davis Jr with a twist.

are a fresh and dynamic group, putting a unique stamp on all your Rat Pack favourites in four part harmony, as well as some modern day classics with a Rat Pack edge.

The Dukes features four of the West End's leading men, paying tribute to the music of Frank Sinatra, Dean Martin and Sammy Davis Jr with a twist. The Dukes are a fresh and dynamic group, putting a unique stamp on all your Rat Pack favourites in four part harmony, as well as some modern day classics with a Rat Pack edge. Formed in 2017, all members of the band have West End, or number 1 UK tour credits to their names and have appeared in some of the biggest Musicals around including: Les Miserables, Jersey Boys, Beauty & the Beast, Grease, Spamalot, and Joseph & the Amazing Technicolour Dreamcoat.

Perfect for Cruises, Theatre, Corporate Events or Weddings, The Dukes can tailor their performances for all occasions.

Honouring the music from the Rat Pack era, The Dukes have an impressive set list, featuring classic Sinatra, Martin and Dean songs such as “That's Life”, “My Way” and “New York, New York” whilst also taking inspiration from Paul Anka, and giving modern day music that “Rat Pack” twist. From “Wonderwall” by Oasis, to “Mr Brightside” by the Killers, The Dukes mix the old with the new, bringing Rat Pack into the 21st Century. 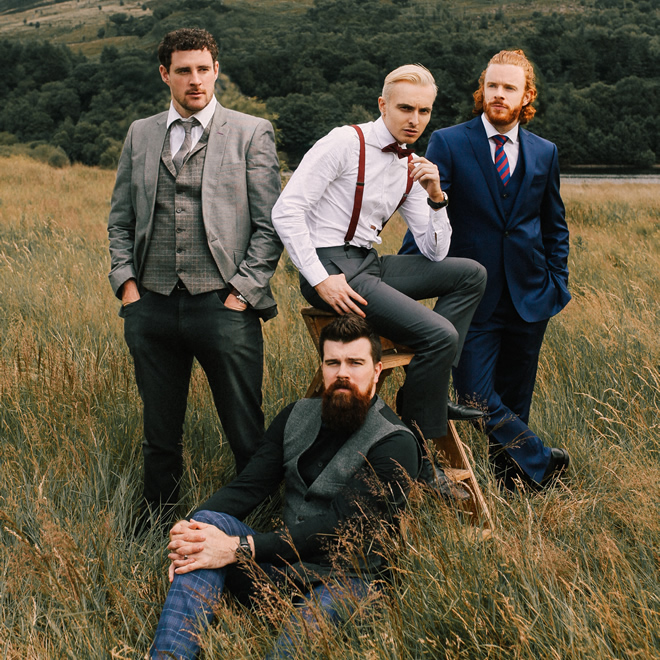 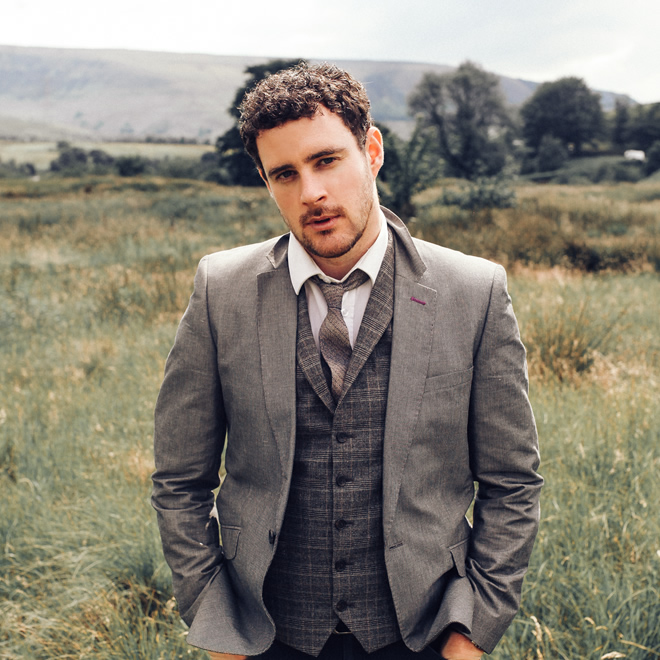 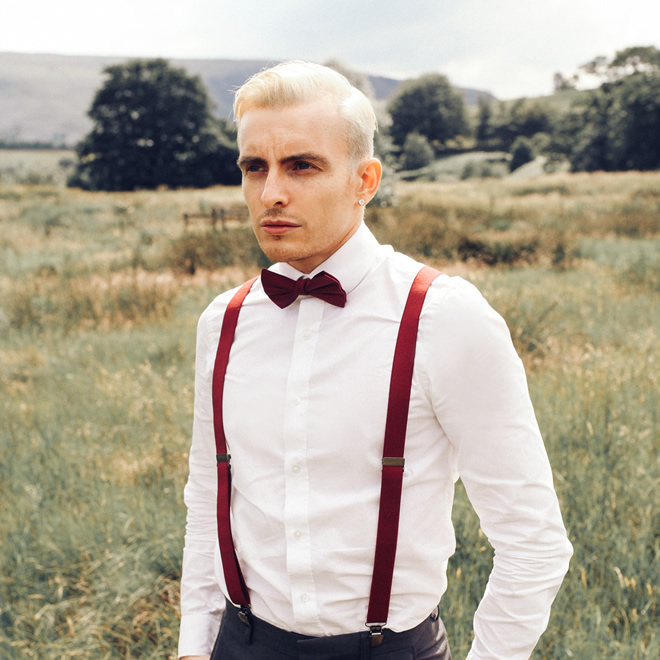 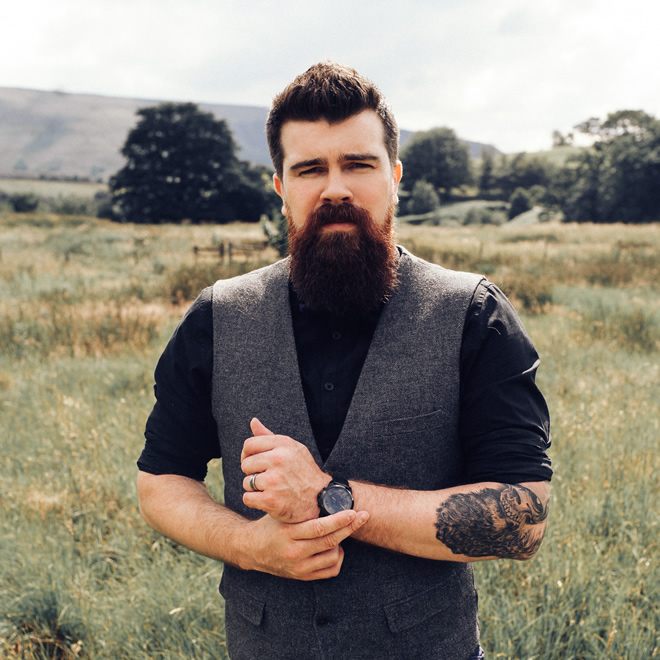 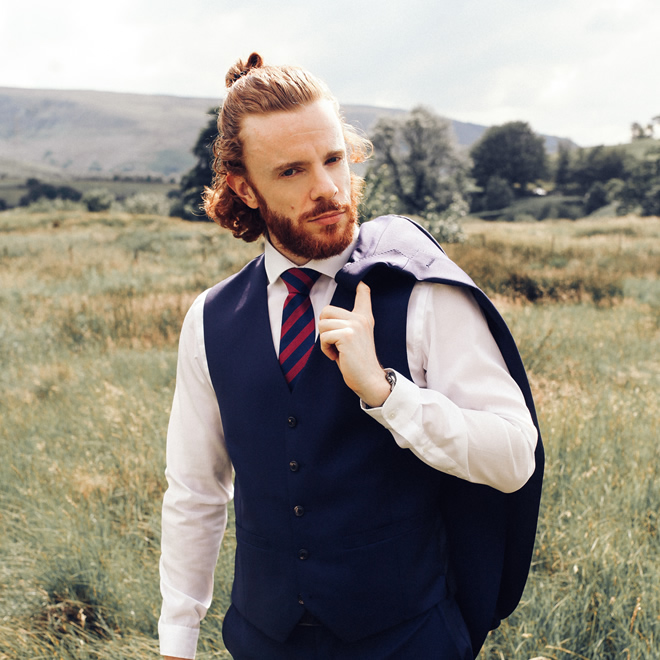 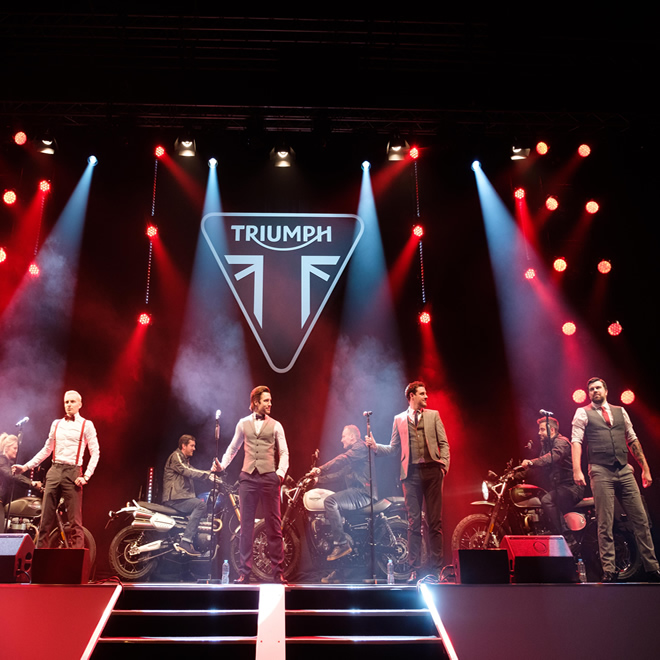 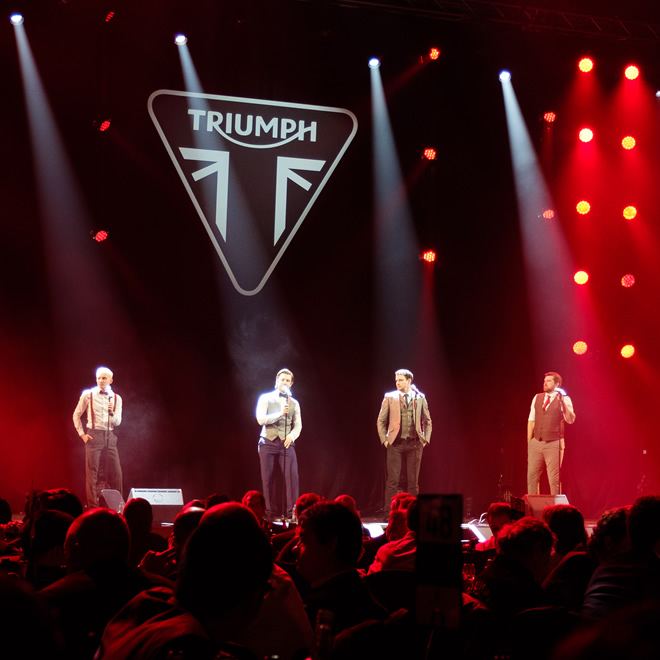 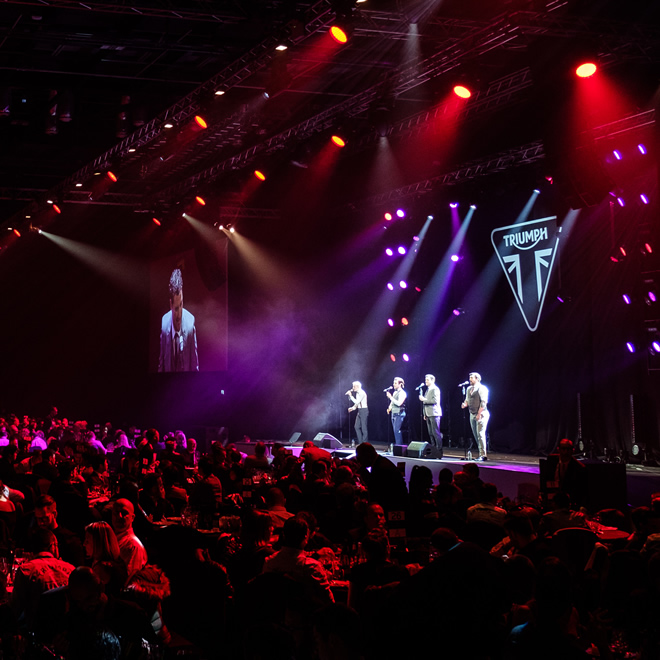 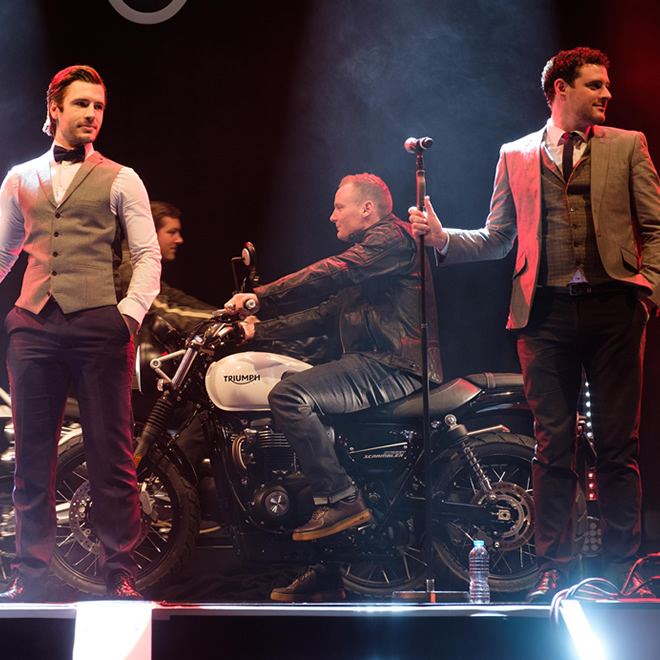 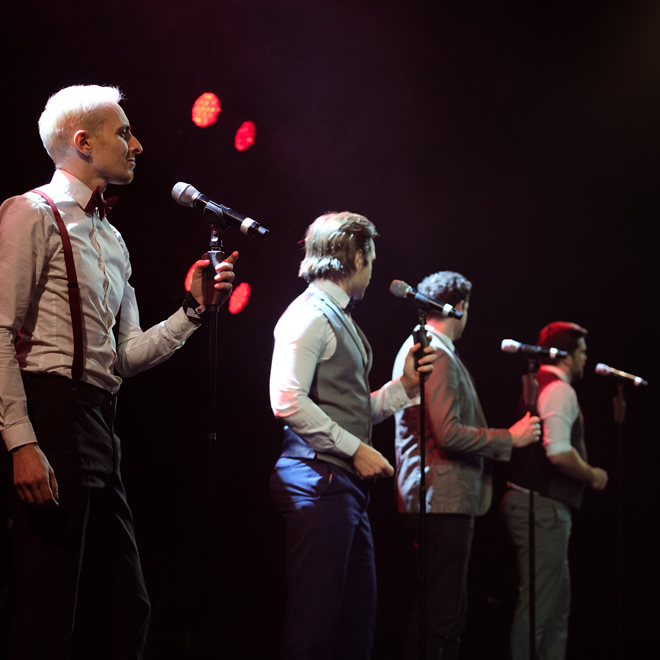 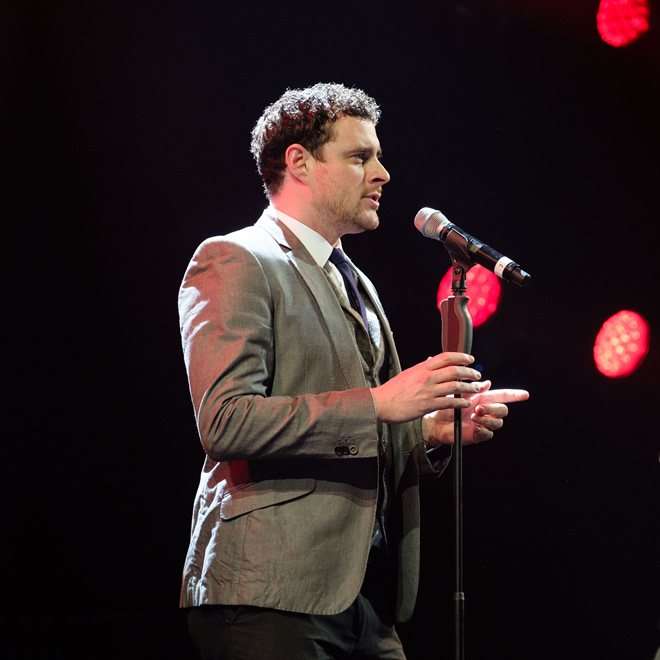 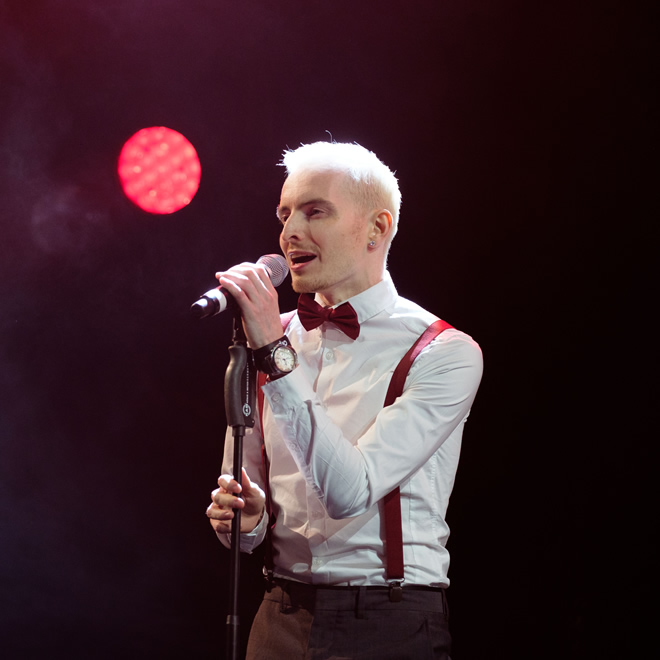 What performers will I be getting?

All members of “The Dukes” have been trained to the highest standard and attended top Drama Schools in London. Individually they have appeared in either the West End, or UK number 1 tours. Shows include Les Miserables, Jersey Boys, Grease, Evita, Beauty and the Beast, Spamalot, and Joseph and the Amazing Technicolour Dreamcoat to name but a few. Due to all members still being very much active in the West End, please allow for a slight change in line up.

What type of events do you perform at?

We cover all events from Corporate, Weddings and Private Parties, to Theatre shows, Cruises and Product Launches. No show is too small/large for us so let us know what we can do for you.

How long will our show be?

We tailor our performances depending on the event and client needs. Popular show times we offer are either 2 x 45 minutes, 1 x 60 minutes, 2x 30 minutes, or 3 x 20 minutes. We also have an extensive set list for you to choose from so please ask us if you'd like to see our repertoire.

Where are you based/What areas do you cover?

Our performers are based in London and the Midlands and are willing to travel world wide. From the Caribbean, to launching the new Super Yacht “Home” in Holland, no distance is too far so don't be afraid to ask if we'll travel to your event.

How much does it cost to hire The Dukes?

Our costs vary depending on location and show length. Please contact us with your event details and venue location so that we can provide you with an accurate quote.

Do you provide your own equipment?

Yes we do. We provide PA systems and radio microphones for our shows. However if you have a larger venue with over 200+ guests you will need to arrange, or we will arrange on your behalf a larger PA system (at an additional cost). We are also fully insured with Public Liability insurance with coverage of up to £10,000,000 and can provide a copy should you need it. All our equipment has also been PAT tested.

How long does it take you to set up?

We like to arrive an hour and a half before guests are due to arrive to set up and sound check, this is so that we don't interrupt your event half way through. However we're happy to work around what you may have planned.

Do you have any requirements?

We only need a few things providing for us (if possible) which include the following. - minimum of one power socket for our equipment - suitable private changing room - suitable parking at venue (if none available we'd need to be reimbursed) - tea/coffee/soft drinks for performers, and if at all possible a meal. We do ask that soft drinks are provided as a minimum.

How do I book The Dukes?

To book the band please contact us with the date of the event, venue, and any extra information you think we may need so that we can check our availability and provide you with an accurate quote. To secure the date we then issue a contract and accept a 20% non refundable deposit. Payment can be made by BACS, cheque or cash, with the remaining balance due 7 days before the performance.


Due to Covid-19, our current show schedule has been postponed.